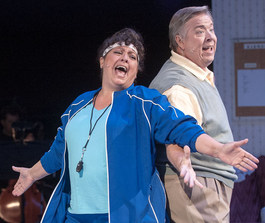 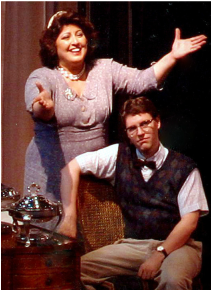 Fran Heller - Cleveland Jewish News Review: "With a voice like a boom box and a body to match, zaftig stage pro Jean Zarzour adds a strong whiff of professionalism as Benjy’s meddling Jewish mother from Brooklyn, Belle May Steinberg Carroca" 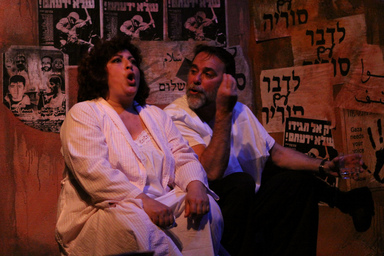 Christine Howey Review: ﻿"...a stellar cast under the direction of Scott Plate delivers a powerful evening of theater."

"Charles Kartali is strong and compassionate as Shmuel. In the role of his wife Amalia, Jean Zarzour is equally powerful as his main support and loving companion."

﻿Roy Berko Review:﻿ "Strong performances are put in by Charles Kartali as Shmuel and Jean Zarzour, as his wife Amalia." 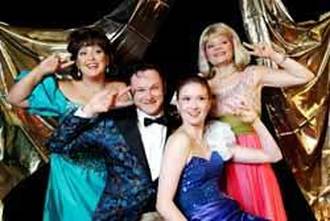 Linda Eisenstein - The Plain Dealer
﻿Review: ﻿"With her brassy voice and take-no-prisoners persona, Zarzour gives the production what heft it has." 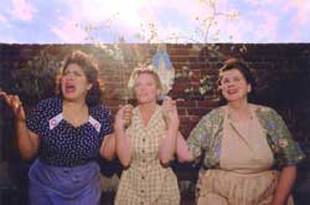 The Sweepers
Ensemble Theater - Cleveland, Ohio
Christine Howey for Scene Magazine
﻿Review: ﻿ "Jean Zarzour is broad but entirely credible as Bella, bullying her family and manipulating her friends, even as she hides her own shameful secret. Her drunk scene in Act Two is woozy and wobbly, with a slicing edge."

Jean Zarzour is mentioned for consistently outstanding performances in an article called Naming Names by Christine Howey:
"Our area is blessed with numerous talented actors and directors, and you should know their names; Jean Zarzour... They have a damn good batting average and deserve your attendance when they're involved in a production." 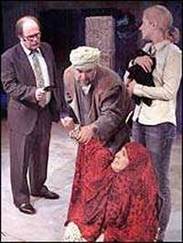 Homebody/Kabul  Dobama Theater - Cleveland Hts., Ohio
Fran Heller  - Cleveland Jewish News  Review: Jean Zarzour gives a strong performance as the vitriolic Mahalla, a former librarian, who lambastes Priscilla about the West's ruination of her country. "You love the Taliban so much … Well, don't worry, they're coming to New York!" she cries.

Despite the debilitating heat opening night, a sudden chill swept through the theater, proving the fiercely intelligent Kushner a prophet of our time."


Roy Berko - The Times Newspapers Theater Tribute  Dobama Theatre was honored with thirteen awards for its 2002 productions, most specifically for actors’ performances including Jean Zarzour for “Homebody/Kabul”

The Sun News  Review:﻿  "In Baldwin Wallace Summer Theater's regional premiere of Don't Dress for Dinner , guest artist Jean Zarzour is wickedly funny as Jacqueline, the wife, who has a few secrets of her own to protect and a jealous streak a mile long."